↓
About » Governance » Board of Directors 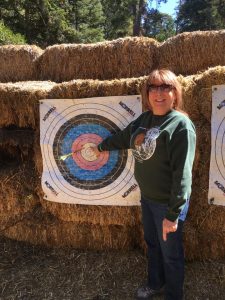 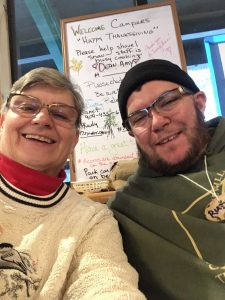 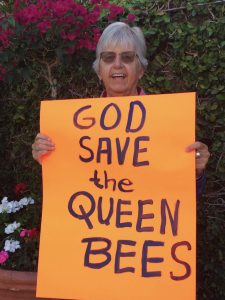 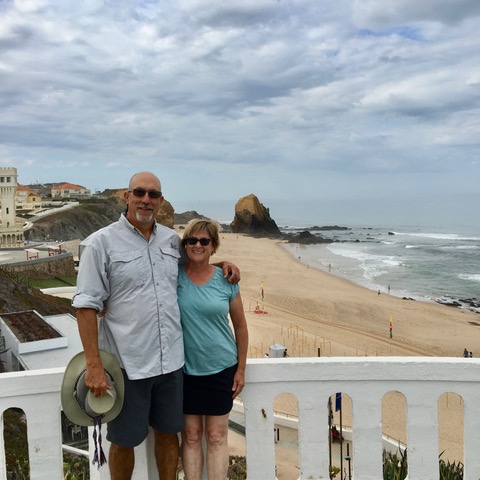 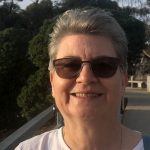 Pat Lives in San Diego and favors the amenities of living in an eclectic urban center. Happy to be living on the water's edge, Pat grew up in Grosse Ile, Michigan, a river island in the southern-most tip of the Detroit River, before relocating to the West Coast.

Pat, a member of First UU of San Diego, was first enticed to Camp through her pleasure of hiking and love of four seasons. The people who attend and who work at Camp have captured her heart and keep her returning each year.

In her previous life, Pat is an indigenous warrior. In the 21st century, she continues the tradition as she fights for LGBTQ+ issues, the environment, and social justice through equality. Pat is gentle in her manners yet powerful in her determination. She foresees Camp as a place where campers’ physical, mental, emotional, and spiritual needs continue to be met. Pat trusts this will transpire through an expansion of leadership personnel. Consequently, she is focused on maintaining the legacy of a thriving camp by encouraging capital campaigns that support quality employee housing to retain excellent Camp staff.

Knowing that all superheroes don’t wear capes, Pat admires Camp friends Janet James, Carolyn and Tom Owen-Towel, and Teddi Boston. Their abilities to see obstacles as opportunities and bring new perspectives to situations remind Pat to persevere. Her belief in the strength and value of all people is reflected in Pat's favorite quote from Christine Caine. “Sometimes, when you’re in a dark place, you think you have been buried, but actually you’ve been planted.”

From the harbor, beaches, mountains, and sunny weather to the thriving civic center and Balboa Park, Pat finds abundant opportunities to enjoy life. She hikes, swims, gardens, visits zoos, and is always on the prowl for a great science fiction or fantasy novel. 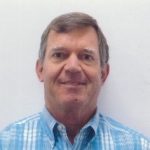 Dale is a person of wide-ranging interests and professional backgrounds. After his early years in Rochester, N.Y., Dale moved to Fullerton, where he attends UU Congregation in Fullerton. He has served on numerous boards of directors. He has also been part of political action and environmental groups, theater clubs, and Toastmasters. Dale's careers have spanned laser technician, environmental engineer, and positions in environmental and health sciences management. In turn, he utilizes his diverse experiences to find inspiration in educating and helping others.

Southern California has been Dale’s home since his first job after college brought him to the area. The opportunities afforded by the climate, such as biking, sailing, and snow skiing and swimming in the ocean on the same day, help feed his soul. A life-long affinity for hiking and the serenity of nature is part of what keeps Dale coming back to Camp. That, and the fact that Camp is where Dale and his wife met thirty years ago.

Dale admires the work of Alexander Hamilton for his self-education and fortitude in shaping administrative policy. In this manner, Dale’s leadership in protocol and project completion contribute the de Benneville Pines Board of Directors. Accordingly, he receives a sense of accomplishment and public service from his commitment to the position.

In addition to his other pursuits, Dale enjoys live theater. In his first theater performance, he was cast as the Little Prince. Dale Botts is undoubtedly a man of Action! 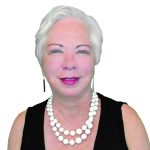 After growing up in Chicago, Illinois, Donna ventured to California for college, met her future husband, and has called the state home ever since.

Living in Long Beach, Donna loves the big small-town feel, the distinct neighborhoods, and how residents identify themselves by the community in which they live. Donna is an active member of UU Church of Long Beach, for which she has volunteered more than forty years. Thanks to that boyfriend so many years ago, Donna has been involved with Camp de Benneville Pines since the late 1970s.

Having a lifelong attraction to nature, the outdoors, and beauty in general, Donna is especially drawn to de Benneville Pines. She extends this love by creating art, visiting museums, and pursuing her stewardship and historic preservation interests.

Donna admires Oprah Winfrey for her ability to create so much out of her life. Indeed, at a time in life when many others look forward to becoming empty-nesters Donna, pluckily became an adoptive mom of a newborn child. It is through her son that Donna is inspired to strive to become a better person every day as she lives this quote from James Cameron: “If you set a goal ridiculously high and it’s a failure, you will fail above everyone else’s successes.” 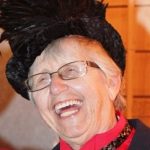 Moving cross country from Maryland to California for her first job after graduate school proved to be a worthwhile decision for Martha. As it turns out, she enjoyed working at Cal State San Bernardino so much, she remained there for thirty years. Ever curious and concerned about people, Martha was drawn to be a psychologist. At Cal State, she became Director of Student Health and Counseling Centers. She continues to take pleasure in interesting, diverse, socially active friends, colleagues, and strangers.

Martha's life-long love of camping began with Girl Scouts. Her first experience at de Benneville Pines two decades ago was also her introduction to Unitarian Universalism. She is now a member of UU of Riverside. Martha considers Camp holy ground that feeds her soul. She wants to ensure that de Benneville Pines and the experiences it offers are available to future generations of young people. As a board member, her focus is expanding and maintaining the camp and programs while supporting staff through quality housing and living wages.

Martha gives credit to the persistence and resilience of women on whose shoulders she has stood and to young environmentalists who are standing up. In turn, she celebrates the philosophy of “Say YES.”

Among people is not the only place Martha finds joy. Being devoted to the environment and the importance of reducing waste, Martha is an avid dumpster diver. She delights in recycling the cast-off treasures she finds. 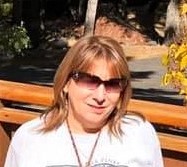 Before trading the East Coast for the West, Louise spent her youth in Long Island, N.Y. After residing in the San Fernando Valley, she extended her Southern California experience by moving to Palmdale's high desert and open skies. The juxtaposition of diverse geology geological formations and the varied recreational opportunities are what Louise enjoys about living on this part of the planet.

Louise had her first taste of the wonder of Camp de Benneville Pines when she attended a church board retreat over 20 years ago. Camp has been a part of her life ever since. However, Louise, who attends UU of Santa Clarita Valley and serves as Secretary for the de Benneville Pines Board of Directors, doesn’t keep all the fun to herself. Her husband, Eric, is a former board member, and her now young-adult daughter grew up attending camp. For 15 years Louise, was instrumental in the coordination of the LA/ Valley Cluster camp. She continues to attend each year. The fresh air, natural beauty, and wonderful people entice Louise to return to Camp de Benneville Pines annually. She is particularly fond of Women’s Retreat, Thanksgiving Weekend, and Volunteer Work Weekends. When Louise's daughter was a teen, the whole family attended volunteer camps to contribute "sweat equity",

As a part of UU of Santa Clarita Valley, Louise is immersed in congregation activities that fulfill her dedication to the issues of social justice, education, animal welfare, and the environment. 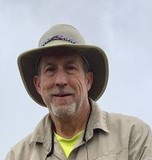 Chris lived in the mid and southern regions of Eastern U.S. and Northern California before landing in coastal Southern California. He enjoys the small-town feel of his adopted home of Solana Beach. Chris has been an active member of UU Fellowship of San Dieguito since arriving to the area in 1997. Chris maintains an appreciation for his neighborhood by taking walks in the lagoons, parks, and beaches that are a part of his community.

First introduced to de Benneville Pines through summer camps for his kids and UUFSD family camps, Chris has made Camp a part of his life for twenty years. He is drawn by the call of the mountains, peaceful setting, and kinship found at Camp. Reflecting on the value Camp holds for him and his family, Chris is committed to his role as vice-president of the de Benneville Pines Board of Directors. He works to ensure that Camp continues to thrive for future generations of families. To this end, he is mainly focused on Marketing and Stewardship.

Chris has a passion for providing youth the opportunity to develop, experience nature, appreciate our natural resources, and live their most full life. He is thus compelled to create opportunities for people to be successful. He demonstrates this by his volunteer commitments to Casa de Luz and Boys to Men Mentoring Network. These organizations encourage and support young people and communities to reach their maximum potentials.

True to his devotion to helping others, Chris finds heroes in everyday folk who make a difference. He admires people who offer their time and energy in small or significant ways.

With his drive to help others, Chris finds solace and balance in this prayer by Reinhold Niebuhr:

That, along with woodworking, hiking, backpacking, surfing.

Originally from North Carolina and Florida, Paul moved to California in 1979 by way of Michigan. Now settled in Altadena, he is active in Neighborhood UU Church (NUUC). Paul appreciates the area for its combination of beautiful landscape and proximity to cultural events. Taking advantage of the Southern California weather, he bikes, hikes, and enjoys the majesty of the mountains.

Paul’s introduction to de Benneville Pines was through Neighborhood Church Summer Family Camp more than 15 years ago. His love for the environment and sharing time with people keep him coming back. Paul became captivated by Camp and the people who attend. He thus became further involved. For nine years, Paul was a member of the NUUC Winter Camp Committee. He currently serves as the Chair of the Capital Improvements Committee on the de Benneville Pines Board of Directors. With his background as a civil engineer, Paul has the knowledge and skills to understand and lead major projects.

Paul is dedicated to the beauty and enjoyment of the natural world. However, he is not merely an observer but an active and engaged promoter of green living and climate change mitigation. To this, he has respect for Bill McKibben, author and founder of 350.org. Paul values anyone’s devotion to working to save the Earth from the ravages of climate change. He also knows that educating others is vital to creating change so that mistakes are not repeated.

Continuing his commitment to the principle that individuals have a responsibility to the planet and humanity, Paul is an avid home composter and gardener.